Windows 7 End of Life: Time for a Windows Status Check?

For some public safety agencies, January 14, 2020 might be a routine day. Police dispatchers may route a few calls, emergency responders might transport victims of a traffic accident to a nearby hospital, and fire department personnel may respond to a structural fire. But for public safety agencies that haven’t transitioned from Windows 7 to Windows 10, the day could turn out very differently, because that’s the day that Microsoft stops supporting Windows 7. While Windows 7 end of life it doesn’t mean that agencies must immediately stop using Windows 7, it does mean that Microsoft will no longer discover or patch vulnerabilities. An unpatched operating system can cause real problems. For police departments, which rely on CJIS data, an unpatched OS means restricted access to CJIS databases.

And then there is the ripple effect. Many counties and cities share networks with public safety agencies. That means that if even one of those agencies hasn’t yet upgraded to Windows 10, it could affect others on the network. One unpatched fire department, for example, could take down a nearby police department. One unsecure Windows 7 device can become a pathway for a hacker to install an exploit and launch an attack from inside the network, leaving other devices susceptible to information theft. Departments requiring CIJS access that share a network with other agencies still using Windows 7 can compromise them and jeopardize their access to the federal criminal database.

There also will be challenges on the hardware side. It’s already impossible to buy a new laptop with Windows 7 installed or find new hardware that can run Windows 7. When drivers for processors, chip sets, video, and sound cards are no longer supported starting early next year, existing hardware will begin to malfunction without quality and security updates.

Why move to Windows 10

The sooner you transition to Windows 10, the sooner you and your end users will reap the benefits. For example, it’s faster. In general, Windows 10 boots, sleeps and wakes faster than Windows 7. Configured optimally, it also provides faster application performance. Windows 10 also has more advanced capabilities. Cortana, its “Siri-like” assistant, handles searches and sends alerts tied to your events. The operating system also makes it much easier to create virtual desktops and work with multiple open windows simultaneously.

The ability to create different images by role, like with the Microsoft Deployment Toolkit (MDT) and System Center Configuration Manager (SCCM) can now be done in Windows 10. This can be especially important for organizations like public safety agencies. For example, your officers may need Microsoft Word to create reports, but your sergeants may not need that application. With Windows 10, you can set up a role for officers that includes installing Microsoft Word, and a role for sergeants that excludes Word. This not only automates and accelerates workstation setup, but can save agencies a lot of money on software licenses.

Finally, Microsoft has reimagined and improved security features in Windows 10. In addition to a new sign-in system that makes it more difficult for unauthenticated users to gain access, it uses something called Secure Boot. During the boot-up process, Secure Boot authenticates the system and files to a cloud provider and uses chips on the motherboard to verify in ways that can’t be overwritten. This method helps protect against viruses that could infect parts of the operating system, which could introduce malware into the operating system before it boots up. 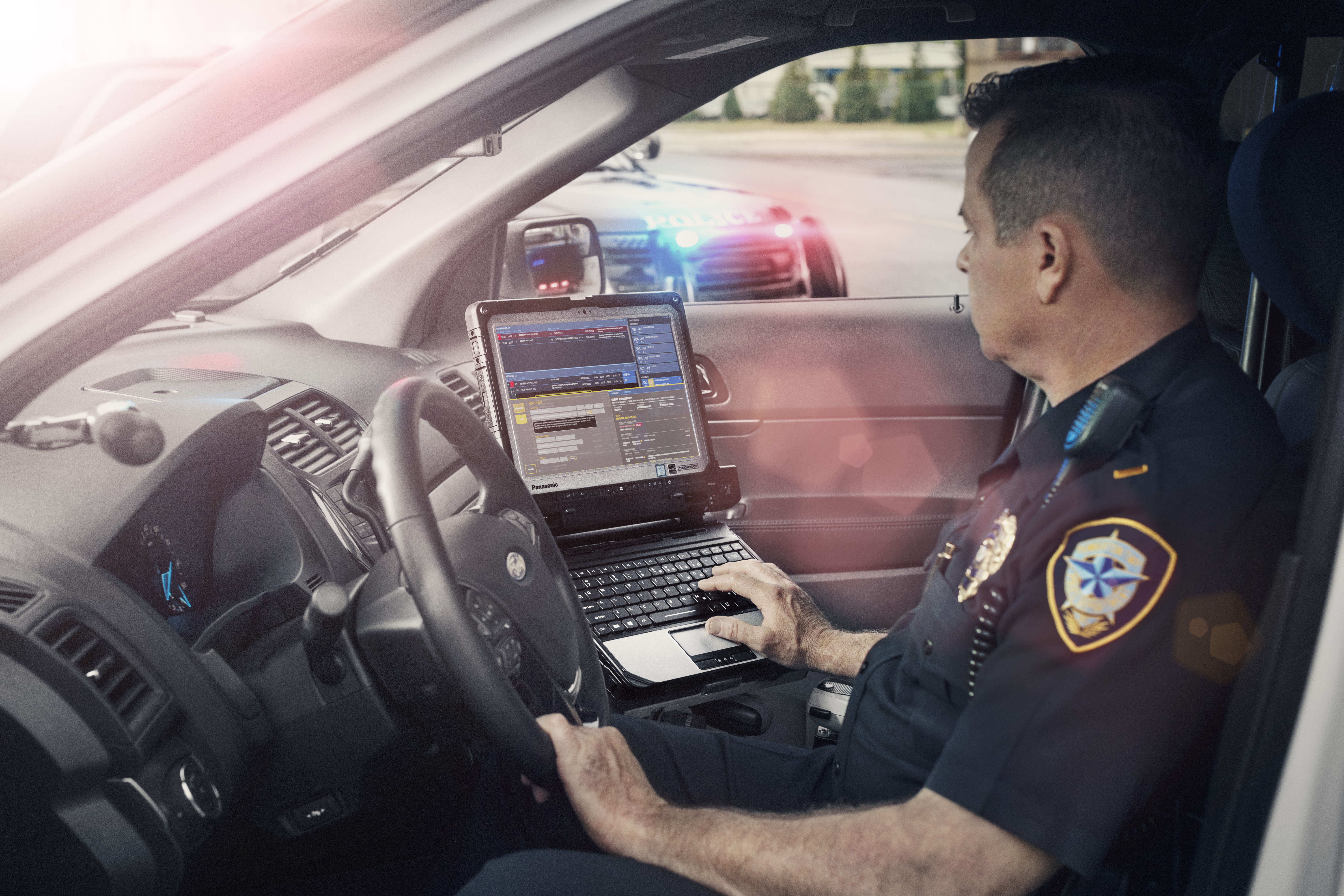 It’s not about if, it’s a matter of when

Clearly, transitioning to Windows 10 is simply a matter of time. We recommend starting the process now, since the process can be complex and time-consuming. Putting together a transition plan will help you avoid downtime and any last minute fire drills. That’s especially true for public safety organizations with smaller IT departments that spend their time dealing with everything from login to hardware problems. Adding the responsibility of keeping current with changes to Windows and the Windows toolkit can easily create an overburdened IT staff.

There are plenty of other challenges as well, including:

It requires a new way of thinking: For example, instead of one image per PC or laptop model, Windows 10 creates one image for everything. While this is an improvement in many ways, it’s a very different process. Until now, most organizations have created images by cloning. In other words, your IT staff would install an exact copy of an image on multiple computers in the department. Windows has now changed its rules, and cloning is no longer permitted. Instead, Microsoft requires that organizations use its tools to build out each install. This helps Microsoft keep track of legal versus illegal installations.

Licensing has gotten even more confusing: There are basically three ways to license Windows 10.

Using the old “cloning” method can now get you in hot water: Using the “cloning” method of putting images on multiple computers can cause real problems over time. For example, if you were to now clone an OEM Windows 10 licensed PC onto multiple machines, Microsoft can remotely shut down the devices because it looks like the cloned PC’s are running illegally duplicated licenses. Unfortunately, we have seen a few customers experience that exact situation. In one case, a police department chose to use its own cloning method using their OEM licensed computers and discovered that one day, out of the blue, they lost access to their in-car CAD systems because Microsoft shut down their computers. We immediately began to build them a new approved image using their Microsoft volume license key, but the entire force had to rely on their old radio dispatch system for a few days while we fixed the problem.

Now with Windows 10, the license key for the OEM license is embedded within the PC hardware. When it is copied using cloning software, the same key is distributed across multiple machines and is not editable by the end user – which is a different case than with Windows 7.

Auto updates can “break” apps, causing users to be stuck without a machine: The feature updates released every six months can actually cause existing applications to fail. If you don’t plan properly, an upgrade could easily cause a dispatching tool, mapping tool or other critical software to break. For example, with the right roadmap and knowledge, you can suppress updates until those dependent apps are updated. 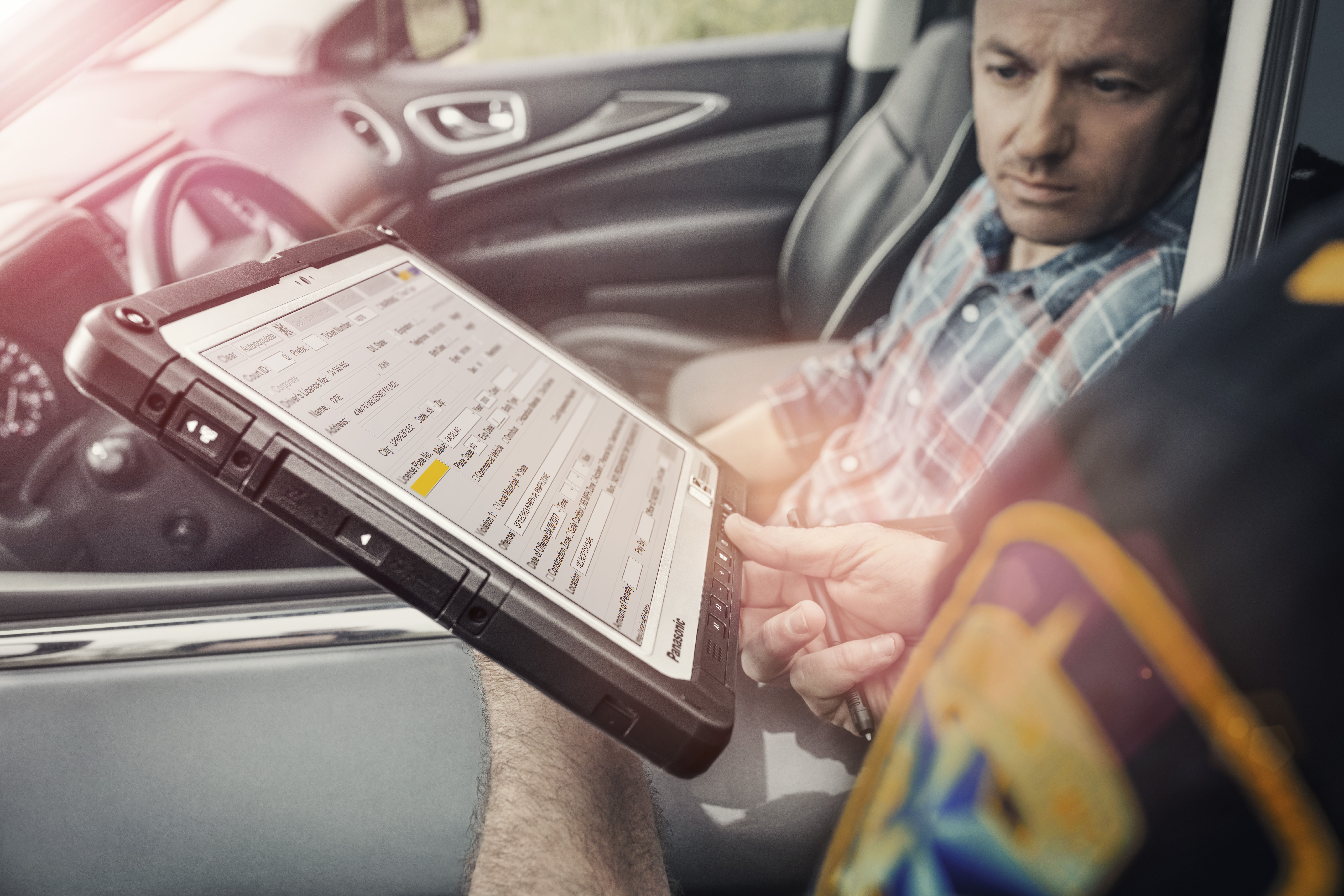 There are enough potential “gotchas” in the Windows 10 upgrade process to cause many in public safety to consider outside help. By doing so, your organization will experience less downtime and remove the risk of unknowingly being non-compliant.

A knowledgeable third party also can help you create a Windows 7 end of life transition plan that makes sense for your organization. By taking inventory of your critical applications and day-to-day responsibilities, for example, the plan will take into account which applications need to be upgraded or replaced before moving to Windows 10. A trusted third party also can advise your organization on whether it makes sense to remain on Windows 7 for an extended period of time to compensate for budget cycles or application upgrades.

Panasonic, for example, has four levels of support, from the most basic to the most hands-on. Depending on your needs, we provide a level of support that corresponds to your number of devices, maintenance preferences and whether you require in-person versus remote service delivery.

Enhance Your IT Team with Help from Panasonic ProServices Field Engineers

Companies that decide to incorporate TOUGHBOOK mobile computers into their IT strategy...

The Enhanced TOUGHBOOK 55: A Versatile Solution to Support Mobile Workers

To continue providing technology that evolves with your job’s changing needs, we’ve...

Customer relationships are the foundation for success at Panasonic. Our customers inspire...

In more than two decades at Panasonic, I’ve seen a lot of...

Three Questions a Potential Technology Partner Should Be Asking (and Answering!)

Enterprise customers will often approach us at Panasonic after a negative experience...