Smart grids are composed of smart devices that require installation and management to properly integrate with a backend management system to ensure a two-way flow of electricity and information. Forbes explains why the U.S. Department of Energy (DOE) recently prioritized the development of smart grid technology for the power sector.

The term “smart grid” encompasses much more than just power delivery, though that is an important factor. At its core, the main pillar of a smart grid is a two-way connection of energy and information, but it goes much deeper than that. For maximum effectiveness and efficiency, a smart grid infrastructure should also include two more pillars: distributed generation and AI.

According to Harvard’s Science in the News, the current power plant system in the US was “not built to accommodate the diversification in energy sources, especially not the rise in renewable resources.” In our current system, when demand outpaces supply, utility providers source energy from ‘peaker plants’ (backup fossil fuel-powered plants) at a minute’s notice – just barely avoiding catastrophe.

This procedure is the most expensive and wasteful part of business for these companies, manifesting itself in higher electricity bills for consumers and enhanced greenhouse gas emissions into the atmosphere.”

If nothing changes, these problems will only be exacerbated as consumer and commercial energy needs increase.

Because of this, The U.S. Department of Energy (DOE) recently prioritized the development of a “fully automated power delivery network that monitors and controls every consumer and node, ensuring a two-way flow of electricity and information,” aka Smart Grid Technology.

Why is distributed generation so important to smart grid infrastructure? When you produce electricity centrally, you have to carry that energy over extremely long distances via (ugly) power lines. This results in about 15% of the electricity that’s generated being lost in transmission, and if a single line is compromised, it can leave all of the hundreds or thousands of homes that are downstream from the broken line without power.

In more extreme (but still fairly common) cases like tornadoes or ice storms, dozens of lines can be compromised at one time, sometimes leaving homes without power for days or weeks and forcing the utility to work overtime, prioritizing which lines to fix first and sending crews to fix them as quickly as possible.

For more information on distributed generation – I spoke with Josiah Nelson, Chairman and CEO at Trolysis, a renewable energy company producing on-site, on-demand hydrogen power from aluminum and water. At times of low energy status in the network, namely when the batteries are discharged and the applied generators (such as photovoltaic, wind, or microhydro power plants) cannot supply energy, hydrogen fuel cells can be activated – creating more efficient, reliable energy sources. 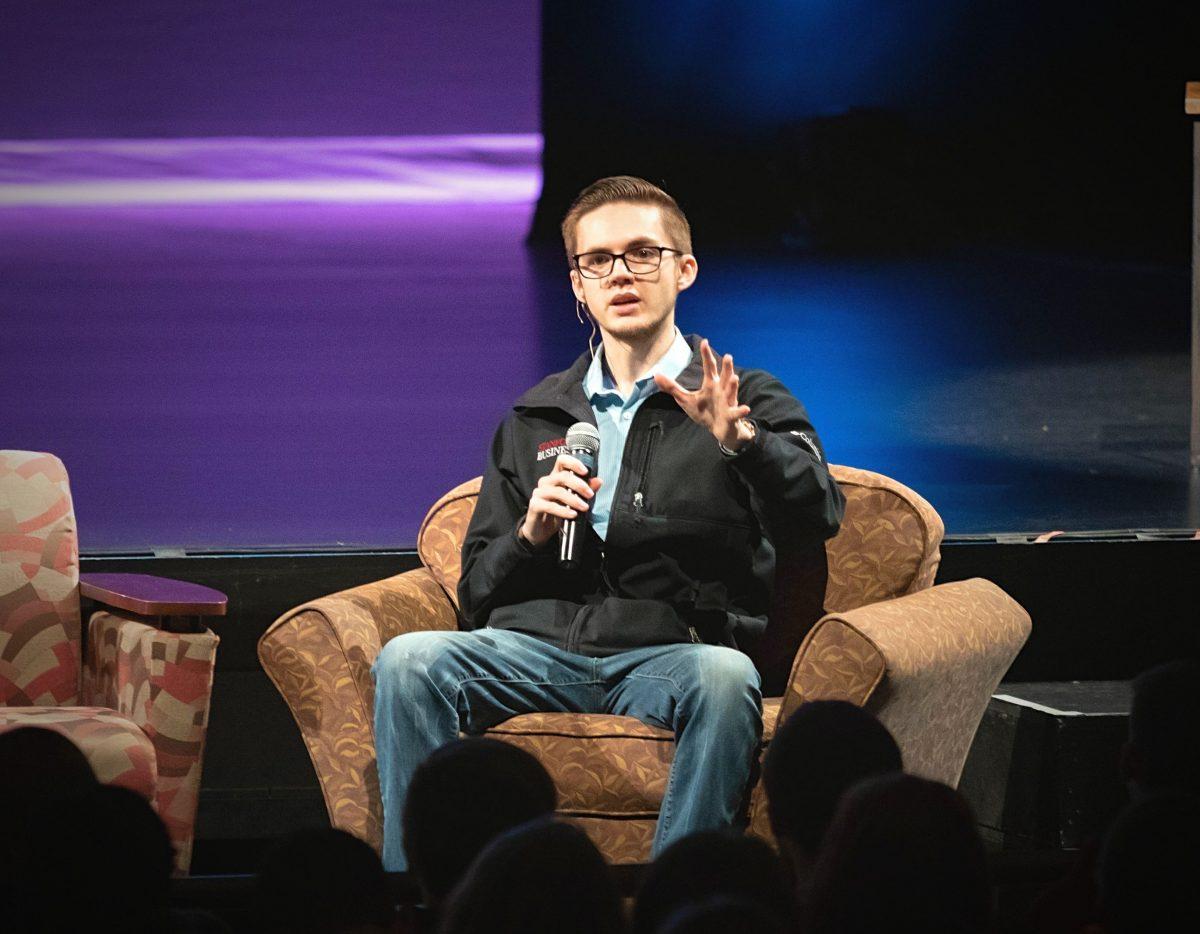 Not many people realize this, but in the majority of the country, if there’s a compromised line or a power outage, the power company has no way of knowing until customers pick up the phone and tell the utility that they’ve lost power. This is a horribly backwards way of detecting outages and is a perfect example of the decades-old technology our grid is built on.”

These points highlight one of the huge benefits of distributed generation in a smart grid. If energy is produced in many places, you can simply divert power from another nearby generation node to supply the homes affected by a compromised line. This makes the grid extremely resilient and, in most cases, there will be no loss of power at all.

Taking a step further than that, grid operators can dynamically change which type of generation will supply an area based on many variables, including the cheapest cost and highest efficiency. This means the implementation costs can be offset relatively quickly by the vastly cheaper and more efficient system.

When the grid is built on a framework that not only accommodates, but relies on a plurality of energy inputs, you’ll start to see more micro-scale generation, like you’re already seeing with solar installations, where homes can produce their own energy with the excess being fed to neighbors and reclaimed when needed. This means that it’s possible to see true democratization of energy and encourage self-reliance. As our population grows, we’re putting more and more stress on natural resources and existing infrastructure that was designed for a population 1/5th our current size.”

According to Nelson, fuel cells and hydrogen can play an important role in the rapidly emerging smart grid.

Adam Forni of Navigant confirms this point, “Hydrogen power-to-gas has the potential to become an important and versatile energy storage medium , supporting integration of intermittent renewable generation across a wide range of time periods, from seconds all the way to seasonal storage. However, economics are crucial, and generating hydrogen cheaply has been difficult to date.” 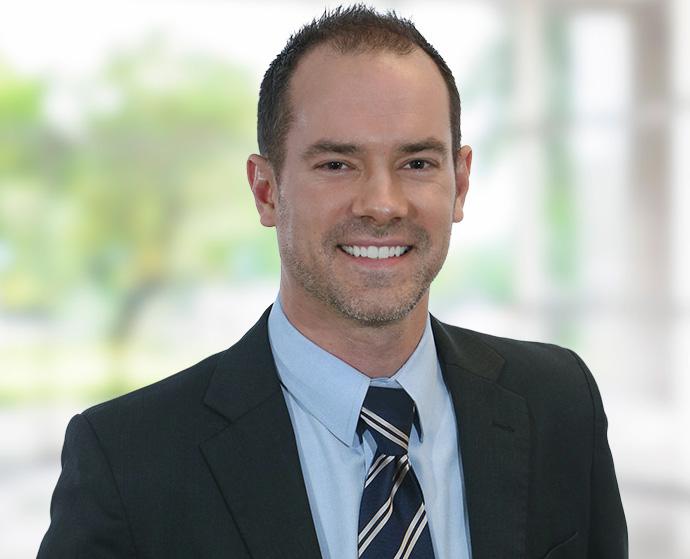 One mile of hydrogen pipeline costs about $765,000. A hydrogen storage tank large enough to support a facility’s needs is around $5 million and those are costs you have to pay before you can even start buying hydrogen.

Trolysis’ model is to install one of their systems, supply their treated aluminum to it and bill for the hydrogen the system produces.

Nelson elaborates on this stating, “We can come in and put one of our systems down for 1/10th the cost of a similarly-sized power plant, and since it’s on-demand, you produce the hydrogen as you use it, meaning far less storage capacity is needed. The hydrogen itself is also less expensive, so the customer is reducing costs at both ends.”

The Role of AI

In a recent report, Navigant Research predicts massive disruption across the entire energy value chain in the next 5 – 15 years that will affect a broad set of stakeholders. This transformation is primarily being fueled by multilateral efforts focused on decarbonizing the global economy to address climate change and a shift toward “an increasingly clean, intelligent, mobile and distributed energy ecosystem. ”

Moving toward a multidirectional network of networks and away from a linear hub-and-spoke model, this system will support two-way energy flows in which customer choice (optionality), clean energy, innovation, and agility command a premium.”

AI Is The Backbone Of A True Smart Grid

With the sheer volume of data required for successful operation of a smart grid infrastructure, AI will play the role of taking into account the millions of variables and data points, including weather, demand, location, generation assets, etc and proactively decide for every home where the power will come from and how much it will cost. We don’t just need switches flipped millions of times a second; we need decisions to be made. This is where the power of AI comes in.

Making (and learning from) these decisions is part of what makes AI so appealing for smart grid implementation. A simple example of this is taking into account weather forecasts when deciding mid-term generation strategies. If you know that for 3 weeks it’s going to rain, you can proactively scale up other production sources to offset the loss in solar and soften the blow.

Proactive intelligence is important for smart grids from the whole gamut of micro-to-macro scale. On the importance of AI, Nelson explains,

We’re baking in AI in nearly all of our products. On a small scale, it helps route the aluminum fuel between stacks in a system and adjusts based on environmental factors to ensure constant flow of hydrogen, but as you scale up and have 100 systems on a single site, we leverage AI to coordinate between systems and ensure the total demanded output is balanced effectively between each system and if there’s some sort of fault, it can instantly be balanced between stacks within the individual system or other systems on the site, meaning even if 25% of the systems failed all at once, the remaining stacks will increase their output to offset and the customer would never feel it.”

“The simple fact is that AI adds huge value from both resiliency and cost-savings standpoints. We’ve seen tremendous results from AI implementation in our technology, so one can only imagine the impact it will have at grid-scale ,” Nelson continued.

Another great aspect of AI is the ability for the customers and the grid to be connected directly, leaving a win-win scenario. For example, users can opt to have their laundry start automatically in mid-day, when demand is low and energy costs are cheap. This saves the customer money and helps balance the grid’s load and reduce peaks in demand.

Further, with smart metering, you can monitor every appliance and outlet, providing the homeowner with a comprehensive picture of their energy usage and encouraging energy conservation by giving hard data on the impacts of even small changes based on their usage. Giving people granular insight to their energy usage makes a big impact. If you can see real-time what your old dishwasher costs to run, or what kind of an impact turning all the lights off has on your energy usage, it makes changing habits much easier.

When it comes to implementation of these technologies, though, there are some unfortunate realities that we have to face. While it makes perfect sense to switch everything to renewable energy and phase out fossil fuels, the reality is that there are far too many forces at play to make that change right away. A big example is the fact that using fossil fuels makes a lot of money for many companies, so they have little incentive to foster these changes.

‘In my opinion,” says Nelson, “ the single biggest aspect of starting a successful and meaningful transition is by starting with showing that there is more money to be made in renewables than fossil fuels. That’s why our initial customers at Trolysis are mostly large industrial customers. It’s not a particularly glamorous market, but when you can tell a business that you can cut tens of millions a year off their bottom line by switching to renewable hydrogen; it makes them much more eager to adopt renewables.”

The same thread applies to almost all renewables. Thankfully, though, solar has come way down in price in recent years and there are many other really cool technologies being implemented to bolster the cost-effectiveness of renewables.

All this is to say that AI, large-scale distributed renewable energy generation and smart grid aren’t just sci-fi technologies of the future; they’re here, and we need to utilize them. Nelson emphasized this point, “The technology exists right now to make this transition to smart grid and renewables for the whole country. Now it’s just a matter of adoption, which is thankfully moving quickly from what I’ve seen.”

At Trolysis, we started accepting commitments from customers to install our hydrogen generation systems earlier this year, and so far the commitments we have will produce enough hydrogen to eliminate of about 50 million kg of CO2 emissions every year, which is the impact of taking over 100,000 cars off the road, while cutting the companies’ costs by an aggregate of around $82 million per year. Renewable technologies across the board are getting the attention of corporations and governments.”

What Can You Do As One Person To Help Foster This Transition?

Nelson suggests we ask questions. “Ask your utility what their plans are to roll out renewables and smart grid tech. Talk to your friends about how awesome smart grids and AI are. It doesn’t take a ton of effort on your part, but if it becomes apparent that the demand for implementing this technology is high and the financial incentive is there, it’s going to happen.“

This article was written by Sandra Ponce de Leon from Forbes and was legally licensed through the NewsCred publisher network. Please direct all licensing questions to legal@newscred.com.