An inside look at an IIoT-powered smart factory

The concept of a smart factory may be hard to imagine. How exactly does a rugged factory floor adopt high tech systems and train employees to use them? NetworkWorld takes us through how Tempo Automation has successfully created this hybrid factory powered by the Industrial Internet of Things.

As someone who’s spent his whole career working in offices, not factories, I had very little idea what a modern “smart factory” powered by the industrial Internet of Things (IIoT) might look like. That’s why I was so interested in Tempo Automation’s new 42,000-square-foot facility in San Francisco’s trendy Design District.

Frankly, I pictured the company’s facility, which uses IIoT to automatically configure, operate, and monitor the prototyping and low-volume production of printed circuit board assemblies (PCBAs), as a cacophony of robots and conveyor belts attended to by a grizzled band of grease-stained technicians. You know, a 21st-century update of Charlie Chaplin’s 1936 classic Modern Times making equipment for customers in the aerospace, medtech, industrial automation, consumer electronics, and automotive industries. (The company just inked a new contract with Lockheed Martin.)

Not exactly. As you can see from the below pictures, despite housing some 50 robots and 50 people, this gleaming “connected factory” looks more like a high-tech startup office, with just as many computers and few more hard-to-identify machines, including Solder Jet and Stencil Printers, zone reflow ovens, 3D X-ray devices and many more. 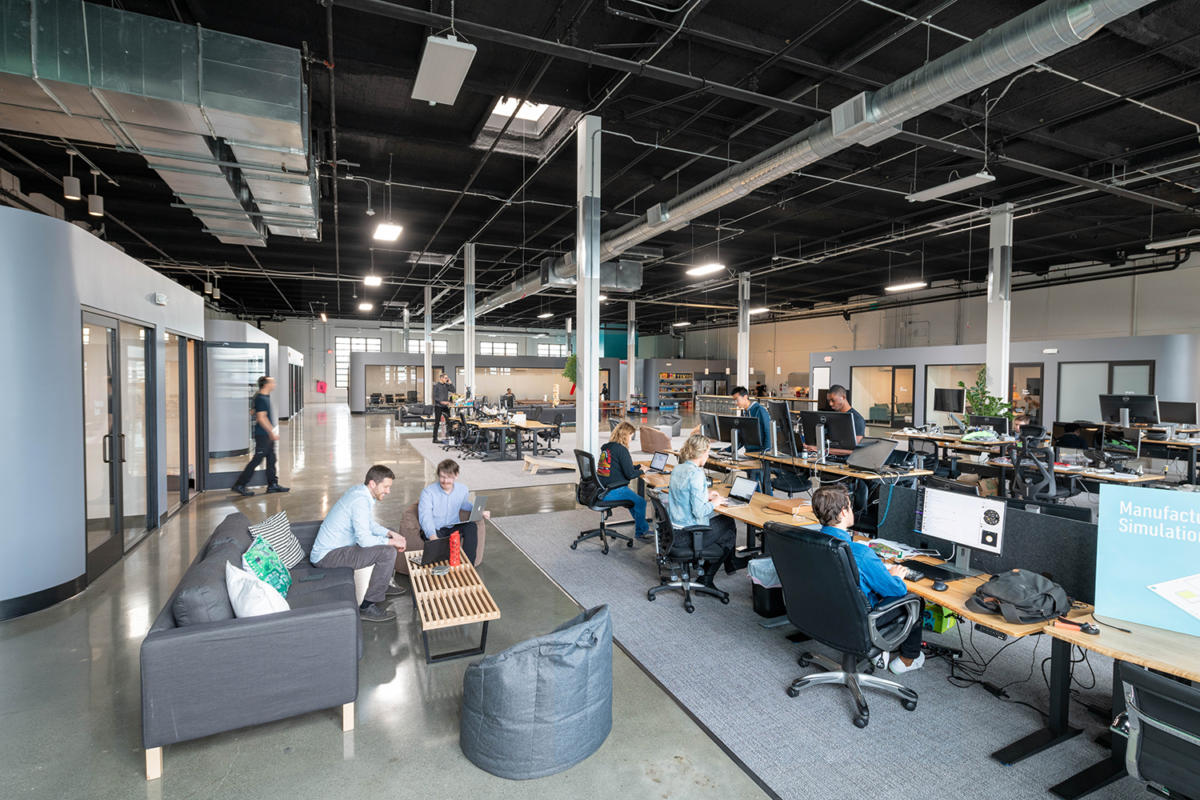 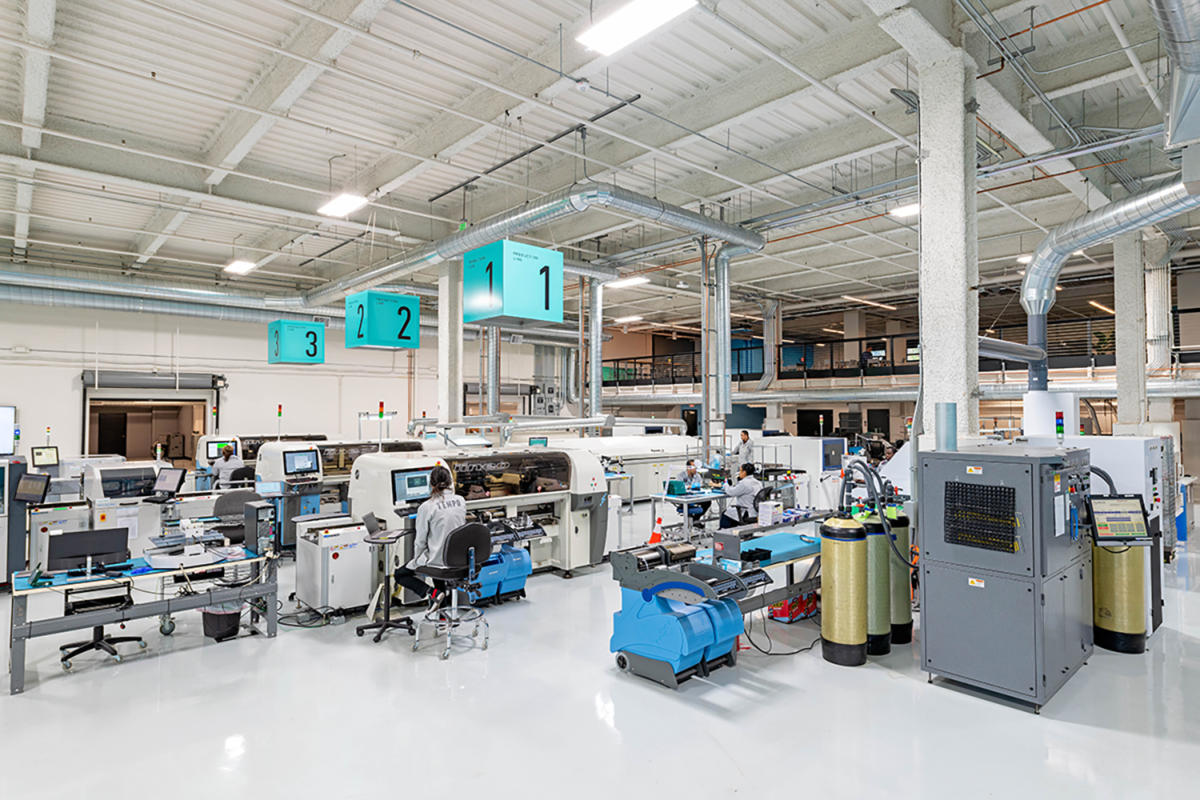 On the front end, Tempo’s customers upload CAD files with their board designs and Bills of Materials (BOM) listing the required parts to be used. After performing feature extraction on the design and developing a virtual model of the finished product, the Tempo system, the platform (called Tempocom) creates a manufacturing plan and automatically programs the factory’s machines. Tempocom also creates work plans for the factory employees, uploading them to the networked IIoT mobile devices they all carry. Updated in real time based on design and process changes, this “digital traveler” tells workers where to go and what to work on next.

While Tempocom is planning and organizing the internal work of production, the system is also connected to supplier databases, seeking and ordering the parts that will be used in assembly, optimizing for speed of delivery to the Tempo factory.

“There could be up to 20 robots, 400 unique parts, and 25 people working on the factory floor to produce one order start to finish in a matter of hours,” explained Shashank Samala, Tempo’s co-founder and vice president of product in an email. Tempo “employs IIoT to automatically configure, operate, and monitor” the entire process, coordinated by a “connected manufacturing system” that creates an “unbroken digital thread from design intent of the engineer captured on the website, to suppliers distributed across the country, to robots and people on the factory floor.”

Rather than the machines on the floor functioning as “isolated islands of technology,” Samala added, Tempo Automation uses Amazon Web Services (AWS) GovCloud to network everything in a bi-directional feedback loop.

“After customers upload their design to the Tempo platform, our software extracts the design features and then streams relevant data down to all the devices, processes, and robots on the factory floor,” he said. “This loop then works the other way: As the robots build the products, they collect data and feedback about the design during production. This data is then streamed back through the Tempo secure cloud architecture to the customer as a ‘Production Forensics’ report.”

Of course, the Tempo factory isn’t all fancy, cutting-edge IIoT implementations. According to Ryan Saul, vice president of manufacturing, the plant also includes an array of IoT sensors that track temperature, humidity, equipment status, job progress, reported defects, and so on to help engineers and executives understand how the facility is operating.

This article was written by Fredric Paul from NetworkWorld and was legally licensed through the NewsCred publisher network. Please direct all licensing questions to legal@newscred.com.

How IoT Benefits Productivity on the Plant Floor

The Industrial Internet-of-Things has been essential to the success of automation and...

Top 3 Predictions For The Manufacturing Industry In 2023

The last few years have been volatile for manufacturing. Staying on top...

The manufacturing sector is making investments in technology to improve production and...

How Smart Manufacturers Will Weather The Storm In 2023

Manufacturers already have access to much of the technology they will need...